Fatty liver can give you diabetes - New Research

Historically fatty liver was viewed as being mostly benign.  The theory was that while liver fat might make the organ vulnerable to other problems it was, after all just normal fat.  This view naturally led to medicine focusing on other problems where symptoms existed.  I thought that view made little sense if only because fat people died younger but the science wasn't there so that remained the story.

Research is now coming out which shows that a fatty liver is an active cause of disease in other organs.  Did you ever wonder why people frequently get fat then get type 2 diabetes? Consider all the effort devoted to diabetes in the management of the symptoms and the long term medical needs.  German research has now shown that a fatty liver begins to produce different secretions, such as one called fetuin-A, into the blood stream.  Those substances enter other organs and trigger reactions there. 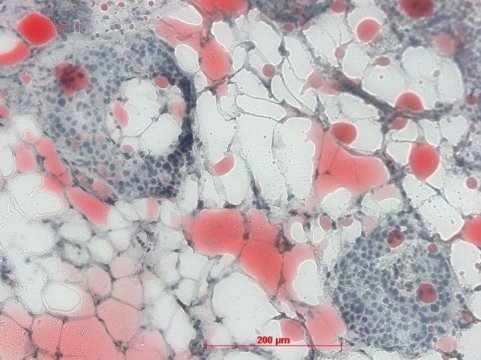 This image from IDM shows pancreatic islet cells surrounded by fat cells.  The study was reported in Science Daily at this link but I'll summarize it below.

There are many ways to support the efforts of this foundation.  General purpose donations are welcome from anyone concerned about public health in general or liver disease specifically.  At the program level  we invite sponsorship in the following ways. 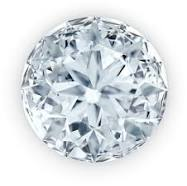 The Diamond level sponsor supports the operation of our screening and clinical trial registration project with a minimum of $200,000.  The diamond sponsors may fund a mobil screening system and be featured prominently with logos and other information in all of our media efforts promoting their support for public health.

The Gold level sponsorship is anyone who contributes at least $100,000 to the foundation in general support but these sponsors do have the opportunity to direct their contributions to be dedicated to particular projects in partnership with the foundation.  The screening project is our most visible patient outreach program but there are many needs within the obesity, fatty liver, and cirrhosis challenged patients that benefit from efforts surrounding the screening events.

The silver level sponsor has provided a contribution of at least $50,000 which will be used for general and administrative expenses.  Silver level sponsors will be honored on the company website with a display of their logo and links to their webpages for more information.

Bronze level contributors have provided contributions of at least $20,000 which will be used for general and administrative purposes and they will be honored on a page of our website recognizing their contributions.

Blue ribbon contributors have supported our efforts with at least $10,000 and these funds will go mostly toward internal non program expenses as they will be consolidated with smaller donations but they will be recognized on our blue ribbon page.

Green level contributions are all those less than $10,000.  These represent the real public support of the foundation.  Like the fertilizer that helps plants grow, the organic contributions of the public at large are the most valuable as they represent the patient and caregiver groups to which we dedicate our efforts.

Whatever level of support you can give will be greatly appreciated and will be used to maximize its benefit to the current and future patients of liver disease and the complications of obesity which is at the heart of most fatty liver disease.