Your BLISS POINT is being massaged. Do you know who is doing it? 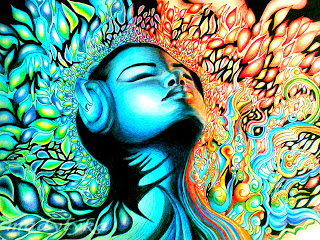 I bet you didn't know you had a Bliss Point, but you do, and it is being manipulated every day by strangers in white coats.

Not to be confused with the G spot, the Bliss Point, is also a source of pleasure but it can become a pathway to disease and death.

The Bliss Point is a concept developed by food researchers.  This is the industrial food industry at work.  The way we perceive most foods is by the combination of salt, sugar, and fat which we interpret as "tastiness".  That perfect combination satisfies our brain and makes us feel good and we "like" that particular food. Well whoop di do, that seems like a good idea, who could object to good tasting food?  Well, none of us really, but how might our response to food be used against us?

It turns out that the perfect taste acts as a "reward" for the brain and it releases a jolt of endorphins which makes us feel good and causes us to remember that food and seek more of it.  This is the process which taken to extremes powers the addiction to drugs and alcohol. Addictive behavior is an effort to satisfy the desire for those brain chemicals which ideally lead us to good responses but when badly directed or out of control lead to self destructive behavior.  It is an important part of being able to survive, but the effect is so powerful that the reward seeking itself can become all consuming.

OK, anything powerful can be good or bad, the trick is to use it to benefit you.  In this case we are talking about food so surely no one would manipulate food in a bad way would they?  That wouldn't make sense.  If you are in the food business that would just harm your customers so surely no one would do that.

We all know that our society is becoming unhealthy and obese.  One cause of that problem is the amount of sugar we consume.  Why do we eat so much you might wonder.  Besides all the things we eat because they are sweet, like candies, pastries, sodas, and so on, consider the ingredients in most of the packaged products you buy.  These "foods" have been engineered to hit your bliss point so most contain sugar in some form.  The goal is to get you to buy them, of course, but the strategy is to take advantage of your tendency to be addicted to that jolt of endorphins. In the process the food industry has taken us beyond the tipping point and our health, as a society, is being damaged because nearly every manufacturer is in on the caper.  If you want to keep your sugar intake at healthy levels, most of the products in your grocery store aren't for you.

If you care about that aspect of health it does lead you to a plant based diet which is the best thing for your liver and other major organs but it is fair to ask if industry has a responsibility not to market products which are harmful to our health.  You probably aren't a scientist, but industry does have them.  If they want to deliver a healthier product they have the ability.  Absent a common goal to be healthier your only defense is to pay attention to the siren song of your Bliss Point. Avoid those merchants of addiction who seek to manipulate your choices to benefit their wallet even though it may damage your health.

Dying from sugar does not carry the negative image that death from smoking does but it is every bit as unsatisfying to the person doing the dying.