Dancing with the Dark Angel

Change Yourself, Change the World

As published in the Idaho Magazine

There are moments in life you never forget. They don’t fade much with time and you can go back there, even if you would rather not, and remember them with crystal clarity. Whenever I go to a health care facility, it inevitably takes me back to a morning in late December 2010, following my gallbladder surgery. Having been released from recovery a short while previously, I found my Boise hospital bed surrounded by a sea of white coats. Sitting nearby was my wife, silent tears running down her cheeks. The doctors said during my procedure the surgeon had discovered my liver was badly scarred.

“You have stage four cirrhosis,” one said.

Try that on soon after being under anesthesia if you want a hormone rush. I remember the cascade of thoughts clearly: “That can’t be, I’m not an alcoholic. They must have the wrong room. I don’t have any symptoms. Why is my wife crying?”

Denial, so easy for us humans, bloomed in all its glory. But my defenses wilted when the doctor said, “I’m sorry, we have no treatment.” 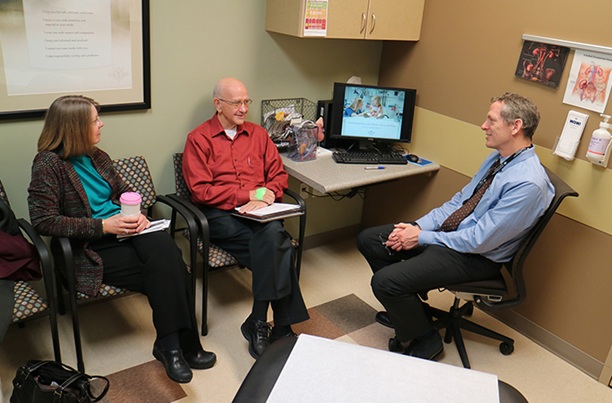 We all know we’re going to die, it’s not a mystery. But for me the end always had been, rather typically, a philosophical concept somewhere in the background. A few weeks after my surgery, while waiting to see my gastroenterologist, it finally hit me that the Angel of Death might truly be at my door. I almost fled. From then on, the doctor’s waiting room became a challenge, since what I faced could be terminal.

Then came a miracle. Follow-up tests indicated there was nothing wrong with my liver at all. Another crystalline moment: I saw the angel swept away, at least for now.

Yet one problem remained that I just couldn’t shake: a truly ugly picture of my liver that the surgeon had taken while he was in there. Deep down, I knew it didn’t look like a healthy organ. Unfortunately, what it looked like was a classic cirrhotic liver. I felt great, didn’t have a single symptom, and all my test results were normal, but there was still that picture.

For four years, as the uncertainty nagged at me, I took the picture to every visit with a doctor and sought an explanation. No answer ever came. I was quite healthy for a guy my age, but how could this be true if my liver looked like that?

During those same years, my sister was dying very painfully from cirrhosis caused by a fatty liver. She had joked for years that whenever anyone asked what her doctor meant by a fatty liver, she always said, “I guess I’m just fat everywhere,” and laughed. I was sad for her but glad I had dodged that bullet. But had I?

In 2014, a routine blood test showed my iron was high. I was sent to a blood specialist, a hematologist, and once again, I showed him that picture of my liver and asked, “What does it mean?”

After another round of tests, I learned that I had a badly damaged liver from hemochromatosis, or iron overload. Whoa, Nellie, here we go again! Well, maybe it wasn’t so bad. Maybe phlebotomies, giving pints of blood every couple of weeks, possibly for the rest of my life, would pull the iron out and things would be managed.

I’ve never been fond of needles and those big ones that sucked out blood by the pint looked at first to be the size of soda straws. I had a regular date with a nice nurse who very professionally drew seven liters of blood (that’s about 1.8 gallons) over several months. OK, I could handle it. Good plan. Only one problem: my iron levels plummeted in a matter of months, when it should have taken years.

I was referred to a transplant clinic in Salt Lake City and underwent another tsunami of tests, needles, and machines. At the end, again there was “the talk.” I learned that I didn’t have an iron problem at all, I had NASH (nonalcoholic steatohepatitis) as a result of fatty liver disease, or NAFLD. I did indeed have cirrhosis, moderately advanced, and it was a serious condition. This time, however, the doctor told me very clearly that while there is no pill or medical remedy, there is a treatment.

Food as medicine was a concept that I had known of but paid no attention to as I ate the standard American diet for seventy years. The pound or two a year I gained was just part of getting older, I figured. The doctor explained I was pretty typical. Americans are eating themselves into illness. Supersize that? How about a Big Gulp? Would you like our twenty-one-ounce steak? Just one more for the road? Who wants dessert?

That day in 2015, I learned that although the number of calories does matter, what they come from is critically important to health. Food biochemistry is complex, but in simple terms you can say: eliminate saturated fats and don’t eat anything white. That means no salt, no sugar, no milled grains, no rice, no potatoes. In a way, a liver-friendly diet is nearly vegan. Lots of fruits and vegetables, no processed foods, no red meat, fish is best, lots of extra virgin olive oil, and at least three cups of coffee each day. It turns out that coffee is protective as it reduces the risk of liver cancer which is fairly common with cirrhosis. And be active. Get in at least four thousands steps daily, and ten thousand is way better.

This time, my wife Rosemary and I took the advice to heart and by mid-2016 the progression of the inflammation that had been slowly destroying my liver had completely stopped. The dance with the Angel of Death was on hold. I have a crystal-clear memory of when the doctor told my wife and me that we had successfully halted the disease. As he left, closing the door behind him, we both jumped up and hugged in jubilation for a long time. We celebrated with a salad.

Over the years, we had learned much and had realized there are too few resources and too little awareness of the problems caused by fatty liver disease. We were shocked to learn that statistically if you have two friends, one of you has a fatty liver. We learned it’s common to find out you have this terminal illness without ever having had a single symptom. The liver is so tough that it almost has to be destroyed before it lets you know you are ill. Millions of people are developing cirrhosis because of our modern diet and lifestyle and they have no idea. In part, this is because for a long time there was no effective test.

But in 2014, the first useful screening device for liver disease was approved by the FDA. It’s done by a specialized ultrasound machine that measures scarring and fatty change in your liver. By coincidence, I was one of the first patients in America to have this test outside of research studies. Great, we said, now people can be warned they’re at risk, because everyone will get screened, just like mammograms or colonoscopies. Not so fast there, Bud. The standard of care in America is to not screen for liver disease—in part, because there’s no effective medical therapy. 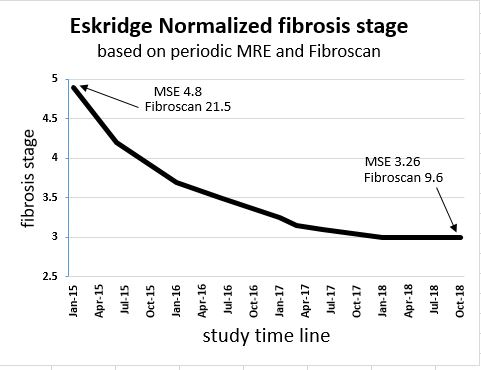 This information upset us so much that in 2017 Rosemary and I created the Fatty Liver Foundation as a nonprofit organization devoted to grappling with the dual problems of the really bad diet we eat as a society and the failure to screen everyone at risk of fatty liver disease and its ugly consequences. We believe it is a moral imperative to use existing technology to warn people of advancing illness before it becomes terminal, and we’re convinced this should be standard practice. We support wellness and better health to help prevent the development of symptoms.

I suppose it’s improbable in the extreme that a couple from Boise would imagine they could change the course of American medical practice and give birth to a program designed to save the lives of millions. Even so, our plan is to fund four hundred mobile screening systems to test a million patients annually for liver disease, a service that would be offered on a free-to-inexpensive basis.

You might think that’s a story even Hollywood wouldn’t buy. The problem is too big, too complex, too many vested interests, too expensive, yada yada yada, to quote Jerry Seinfeld. And yet the last time I sat in a doctor’s waiting room, I was in Houston visiting one of the top liver disease researchers in the world, because he had agreed to become a co-investigator with me in the pilot phase of our plan to deploy widespread screening capability. Unlike so many past doctor visits, this was a very optimistic one.

The truth is, waiting patiently has never been a natural thing for me.

We’re hoping the Fatty Liver Foundation will indeed alter the course of medical care in America. At a minimum, we’re the tip of a spear that can become a catalyst, prompting organizations to join the movement. Ignoring those who thought it impossible, we aim to be a couple of those tiny drops that sometimes grow into a torrent of change in society.