I'm going to need your help soon, I hope you will participate

We are launching an important program soon and I will need your support.

The patient community is very large, but a broad understanding of the challenges we face is lacking. There are 100 million of us with liver disease and stories to tell but most are only recognized in the late stages of the disease. We believe that is wrong but a first step is to have the data. We don't have a national benchmark or tracking system to understand the problem broadly or to know if it is getting better or worse. That harms us as patients.

The Fatty Liver Foundation is undertaking a patient focused survey to gather baseline data that many people can use to support advocacy and measure change that will be an annual study of the broad patient population. This note is just to let you know this is coming soon.

I know, we all get so many requests for surveys and opinion polls and it is a big pain to even have to delete them. I hope that since this request is by patients for patients and we are not trying to sell you something or to get you to participate in some program that you will give us a bit of your time and be part of making our voices heard by taking the survey when it is published. 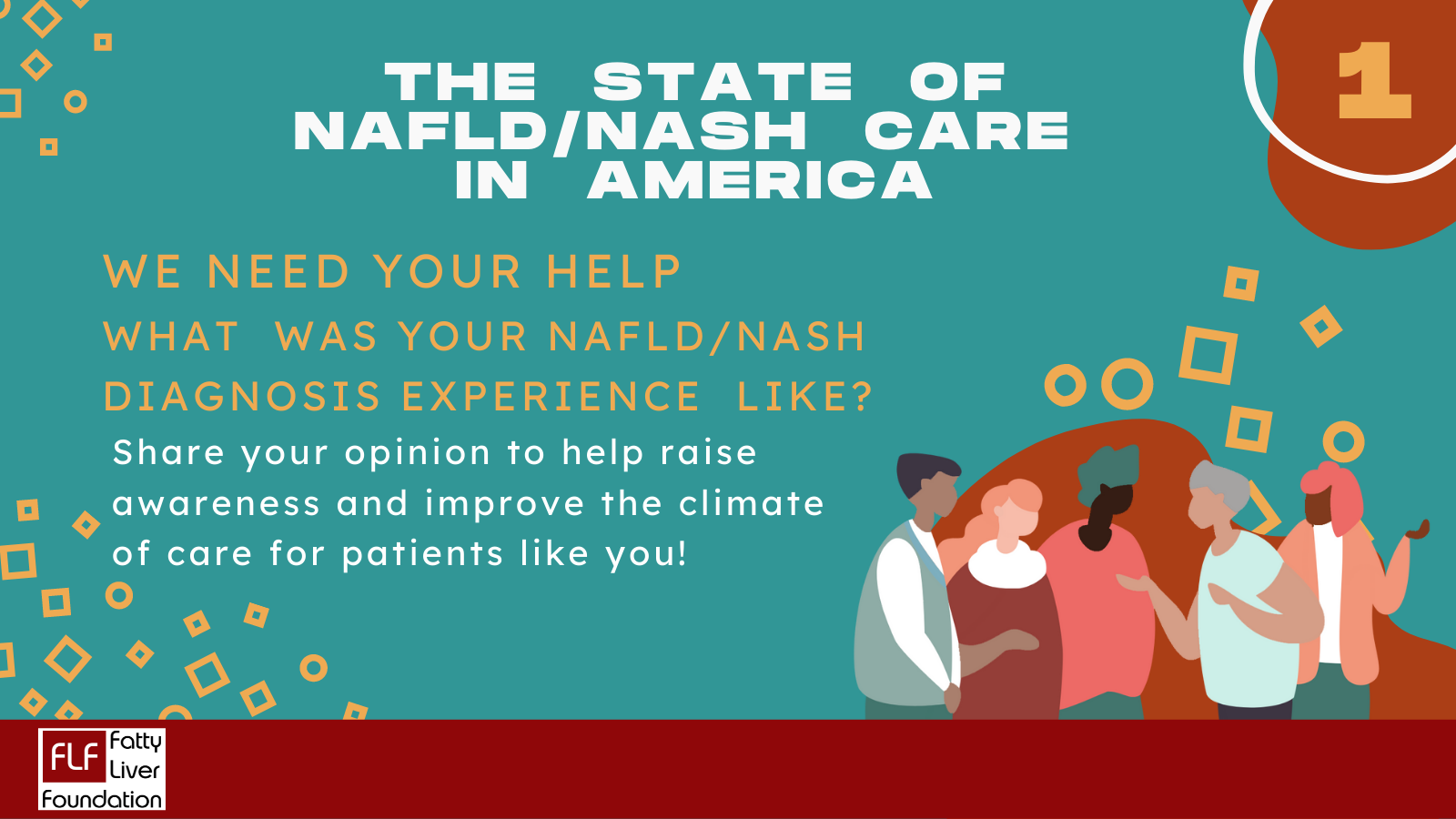 In my last newsletter quite a few people expressed surprise that so little attention was paid to the fact that even modest levels of fatty liver disease caused early death.  We have become accustomed to so many being overweight that we stop thinking about the consequences.  Just as a reminder this is part of that earlier message.

When you think about your experiences with healthcare are you pleased?

I'll explain below but look carefully at this chart. It shows the increased risk of dying with different stages of NAFLD/NASH compared to the rest of the population. 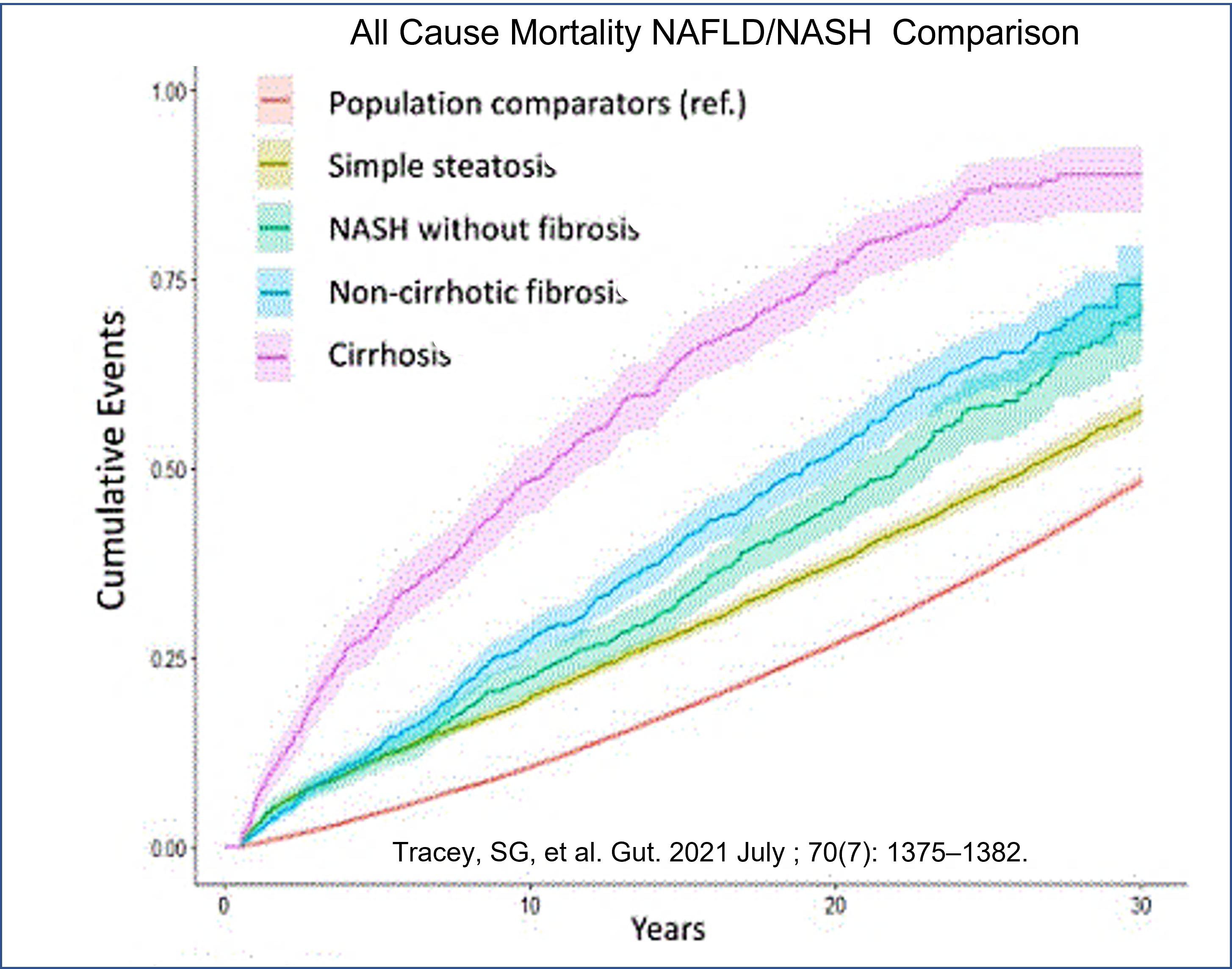 I'll probably get criticized for this blog but let me be clear. I know a lot of very good people in the medical field. Many care deeply and they feel as trapped by the system as many of us do. I hope they know how much we value them but I've come to wonder just when is it right for me to be mad.

When you are dying slowly of chronic disease the system doesn't care much. There is no lobbyist for you. The money train doesn't run for you. Come back when you are a proper billable code. Even if you have finally arrived as a properly billable item, does the system treat you as something important or push you through the grinder?

In many ways the periods before and between the acute events that medicine cares about are the most difficult. The seemingly endless hours of being unwell are the things that healthcare decision makers, who are not yet themselves suffering, seem not to concern themselves with.

We argue for early detection and wellness to be the goals but our system rewards heroic intervention instead. There is talk of wellness and like all things touched by politics and power it isn't the patient's success that really drives decisions.

We have nothing to sell and we offer our services free to all who might be interested, but in coming months I am going to be asking the community to help me document the things we face as patients. The system mostly ignores us as individuals but if enough of us are willing to combine our voices we have a chance to be heard.  When I think about the lives that the chart above shows are being lost prematurely, and I think about my personal struggle for diagnosis, I feel that I must at least complain. No one listens to me as an individual, but they might listen to us.

I'll be in touch.