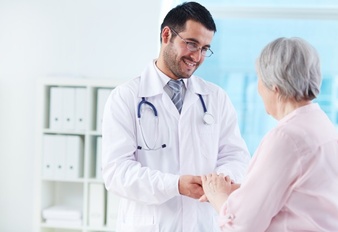 I have been helping several groups doing research on what is happening with liver disease patients and I have been surprised by a trend that I have noticed.  When a person first learns that they have a serious liver disease they reach out to Dr Google, our forum, and significantly to FaceBook support groups.  I don't have numerical data, but I interact with multiple forums that reach thousands of patients so I have a window into what the day to day is like.

A problem we have focused on is that it has been the standard of care not to screen for liver disease at the primary care level, in the absence of symptoms.  That means that the first time many people learn of their risk is being told that they have cirrhosis.  Much of our effort has been spent trying to illuminate this as an issue.  We are particularly concerned as the disease is showing up in younger people in the death rate statistics but we hadn't really seen movement in when people learn about the disease.

There has been a considerable focus within the professional groups during the past year to discuss the disease and to talk about the demographics.  That has been great to hear but is it working?

I just wanted to report that a change is clearly happening within the medical community.  In the forums we are seeing a lot of younger people seeking to learn about liver disease. We are seeing more people wanting information about fatty liver and not just cirrhosis.  Patients with F1 and F2 NASH are being followed up and counseled to be serious about lifestyle instead of just being told to lose some weight.

This is an informal movement by the medical profession to try to engage with this problem, and it speaks well of the medical community.  Like all large movements it happens one doc at a time and challenges with the payment systems and protocols are slow to change, but for the patient community I believe a better future is blooming.

I've written about the enormous progress being made in the research labs and that is all great news, but as a patient, the most valuable service that my doctors could have given me was time and an earlier warning.  This informal movement will save more lives than the drugs and I want to thank any of the primary care community that this might reach.

If you know a doctor who is being proactive about fatty liver disease, thank them.