NASH and its comorbidities, the Swiss army knife of death

When combined with their common comorbidities, NAFLD and NASH are the Swiss army knife of death.  Like the Swiss army knife, which has many functions, liver disease is a favored tool of the grim reaper because of the complex role it plays in the health of other organs. 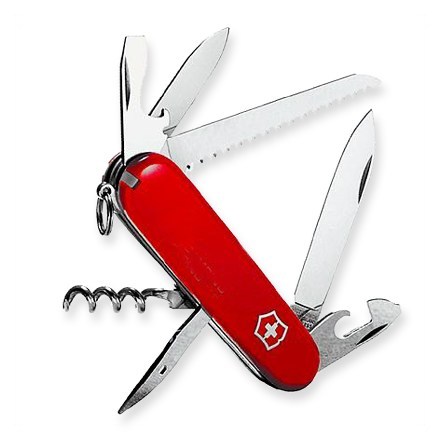 As patients, we think about disease by organ system, largely because that is the way medicine investigates disease.  We know about diabetes, cancer, heart attacks, dementia, irritable bowel, just to name a few that we have a sense of.  We know cirrhosis because of alcohol and we may have heard about fatty liver but we have very little understanding of the vast interactions that are the responsibility of the liver.

To understand this better take a look at the wheel of comorbidity below.  This gives you a sense of some of the problems that the liver plays a part in. 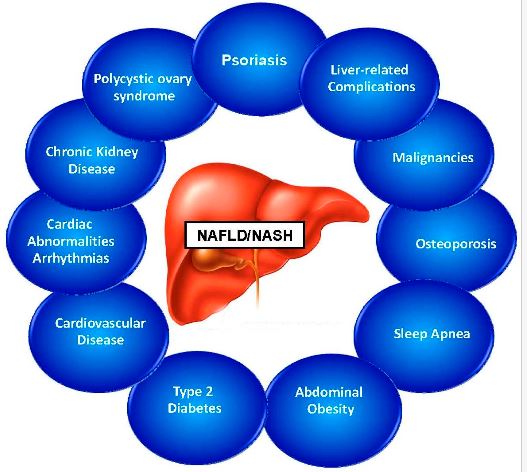 Like a Swiss army knife, the liver is really a bundle of a very large number of tools.  It is estimated that the liver does about 500 things.  As the central chemical factory of the body it manages a lot of processes that other organs depend on or it processes waste from other systems that have to be disposed of.  The liver itself is so tough that it doesn't complain much.  In fact the liver doesn't even have pain nerves so it is mostly a silent player in all of these disease processes.

Just a few examples, your ability to digest fat effectively depends on bile that your liver makes as it eliminate old dead red blood cells. So it is doing both trash disposal and chemical processing.  The liver is simply full of enzymes.  These are proteins that make chemical processes in the liver cells happen faster.  You need these to have an efficient chemical process.  When you kill liver cells these enzymes escape into the blood and you get high values in a liver panel blood test.  More broadly that means that you now have "dirty" blood because you have chemicals circulating that shouldn't be and that can affect a lot of other functions. Intense itching frequently results from dirty blood.  There is a constant flow of chemical messages between the liver and the pancreas and when that breaks down you have diabetes. Liver disease increases the chance you will have heart disease and cancer. Who would ever think of polycystic ovary disease as being related to liver function or that psoriasis could be involved?

It is because of this quiet but central role of the liver as a driver of overall health that we call liver disease the Swiss army knife of death.  If you want to close all of the different blades of that knife you have to pay attention to those things that are harmful to the organ and to remember that food is medicine.  Taste and satisfaction are important to be sure, but healthy food can taste good too.  It may not be as simple as grabbing the industrial products that fill your grocery store shelves but good health is worth the extra effort.  No one lying in a hospital bed ever said "I really wish I had eaten more junk food".

If you don't know your health status you can start by taking some of the non-invasive tests that can give you some general guidance about where you might be in the spectrum of liver health.  Here is a link to several tools.

As a society we have cared little for how we might cause damage to our livers. Our national diet has steadily produced more disease and even though we are generally living longer, we often spend more end of life years being very ill.  One way to ensure lengthy illness will be part of your future is to make your liver unhealthy. Knowledge is your best defense against unhealthy habits and lifestyle.  The link below will take you to information about diets and other material that you can use to help you achieve a healthier lifestyle and better health as you age.

Our goal is to help you take away the tools of the grim reaper by practicing a healthier lifestyle so that you need not suffer the challenges of chronic liver disease as you get older or if you are already ill understand the ways that you might reduce the stress on the organ to give it a bit of relief.