THE FDA HAS GOT MY GOAT 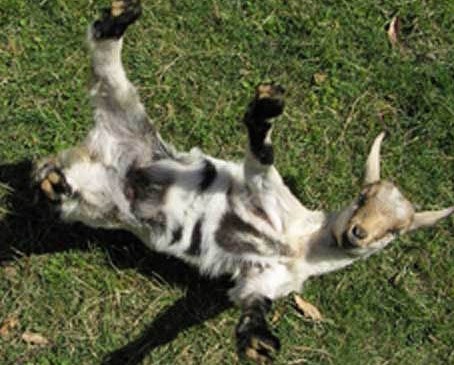 Don't bother with this if you don't care about liver disease.

The FDA just punted on a decision about the Intercept drug obeticholic acid, or OCA.

It was anticipated that OCA would be the first drug therapy for advancing fibrosis due to NASH.  It was the first drug to meet the FDA defined surrogate endpoints, most importantly the reduction by one stage of fibrosis, in a phase 3 trial.

OCA had been given breakthrough drug status earlier as the first drug that provided benefit to fibrosis patients.

The normal next step in the FDA process should be what is called an Adcom meeting where patients, physicians, and other interested parties would have an opportunity to provide public input to the process as part of informing the FDA of the public interest in this medication.

Due to the COVID crisis the FDA had previously postponed the Adcom meeting like so many other things have done but we expected to have an opportunity to provide patient perspective to the discussion. Instead, the FDA has cancelled the Adcom meeting and issued what they call a "complete response letter", which seems like a dumb name, but in it they declined approval of the drug and suggested that they wanted more data.

Let me be clear here.  If the judgement from the testing of phase 3 was that the drug failed to meet the agreed upon goals it would be proper for the FDA to insist on getting more information. In this case it isn't that simple. When a trial is planned the company and the FDA agree on how results will be measured. There is a term called surrogate endpoints for situations where it isn't a simple measure like blood pressure.  They agree on the goals before they start.

In the case of OCA, the key surrogate endpoint was as one stage reduction in fibrosis, which the drug met with appropriate statistical significance. Therefore, absent significant safety concerns it would be logical to approve the drug as a breakthrough therapy since there currently are no treatments for NASH.

The thing that gets my goat is that in the CRL the FDA said that there wasn't evidence that a one stage decrease in fibrosis had a sufficient benefit. As a NASH patient with significant fibrosis that really fries my cookies.  For a patient, a treatment that succeeded in just reliably halting the progression of the disease before they became ill would be a valuable drug. To say that a reduction by one stage may not have a benefit flies in the face of everything we know about this disease and people will die because of this decision.

I plan to formally object to this FDA decision.  As part of that I have a very short survey which I hope you will participate in to gather some data about how we as patients view this situation. No personal information is gathered so if you have thoughts about this subject click the link below.  Three minutes tops to take the survey and your voice is important.

SURVEY OF PATIENT VIEWS OF FDA DECISION ON NASH TREATMENT