Coconut oil - how does it work as a dietary fat?

I've written about the role of saturated and unsaturated fats and how they related specifically to liver disease and the development of inflammation and fibrosis development.  In that earlier post, which you can review here if you wish, I explained the research on fats and health which had a focus on diabetes for which liver function is critical. In that I commented only briefly on coconut oil since it is an intermediate, or medium chain, fatty acid.  It is a saturated fat so from the perspective of a liver patient the effect on liver bio-chemistry is important so I thought I would expand on the role of that intermediate length fat. 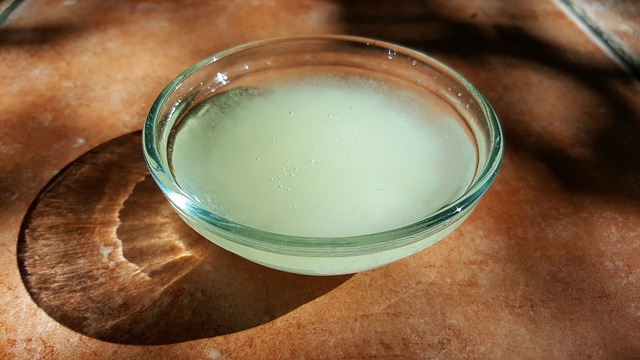 A source I would like to refer you to for a broader discussion to the site of Jen Miller who discusses a lot of health issues. Her site is where you will find her article is here https://www.jenreviews.com/coconut-oil/.

Coconut oil has a specific value as it can be directly processed by the liver into ketones. When the body starts running low on blood sugar, the brain falls back on another source for its backup reserves. Its alternative energy is stored in what is known as a ketone body, or a ketone for short. Ketones are produced from fat that’s stored in the liver, and are made with a single purpose - to deliver energy to the brain in times of need. When blood sugar levels go down, the body amps up its production of ketones so the brain has a constant supply of energy.  As a brain supporting food coconut oil can be helpful to people who are struggling with energy after cutting out sugar.

Like so many things with health there are always trade offs to consider.  As a saturated fat the intermediate fats like coconut oil are more inflammatory than unsaturated fats.  However, they are less so than the longer chain fats.  The value of coconut as an energy source makes its use part of the balancing act of managing the bio-chemistry of the body.

If someone has Alzheimer’s, or a number of other neurodegenerative diseases (Parkinson’s, Huntington’s, to name a couple,) the brain doesn’t absorb or process glucose properly, despite it being the main source of energy for the brain. The body produces ketones, which are used up quickly, leaving the brain with nothing - ketones are only produced when the body is running low on blood sugar. They’re being used since the brain can’t process the sugar it is getting, but the host is likely eating properly and giving the liver no signal to produce extra ketones.

Studies have shown that a high ketone diet can improve symptoms of these diseases. Fortunately, coconut oil is known to produce ketones. In subjects suffering from Alzheimer’s, memory responses were shown to dramatically improve after supplementing with coconut oil - a feat quite impressive, since Alzheimer’s is degenerative and doesn’t often see symptoms get better. Most often, their development can just be slowed.

Conclusion: Coconut oil can have an impressive effect on neurodegenerative disease. It’s shown to have more effect on Alzheimer’s than some clinical treatments, making it an invaluable resource for those hoping to slow the onset of their dementia.