I dream of Jeanie 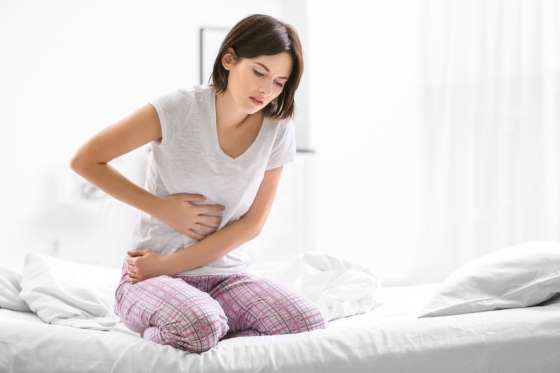 We hear a lot about the patient voice.  There is a focus on the patient experience but it often engages the symptoms and the physical struggle but rarely touches the psychological.

A young friend, Jeanie (not her real name), lost her battle but along the way helped me understand the process better. Her story is common but unique as well. I hope to pass along a small window into that aspect of being ill.

Illness is a common thing.  A part of life which we all learn about from a young age. Our sense of it is that it hurts but we expect we will be better and return to our normal lives.  Being diagnosed with a chronic illness is a very different experience. Grief is another process we learn young. People die and we grieve for them.  The onset of a chronic illness is the death of ourselves and we grieve that passing.  The person we once knew so well is gone.  The future that we imagined before us has become a journey through a very different world.  Grief for the death of a loved one is expected. Grief for the death of oneself is rarely acknowledged.

Jeanie spoke of being told that she shouldn't pretend to be ill to get sympathy.  The truth was that she spent every waking hour pretending to be well. At times not very successfully, but the reality that her chronic pain was easily dismissed was one of the things that hastened her descent into depression.

Depression is the thief of self, and joy, and optimism that magnifies all other maladies. It lurks as a willing traveler for the chronically ill.  When joined with chronic pain it is a common harbinger of suicide and yet it is often not managed as part of the disease process.  We hear from a lot of patients who recall being told that it is all in your head or to cheer up, don't look so unhappy all the time. Until it happens to us we don't walk in those shoes and we really don't understand what it is like to look at the world through those eyes. Our efforts to be encouraging may be received with grace but the person we once knew is gone and a stranger lives there now. It is a stranger in desperate need perhaps, but one who is often alone in the struggle.

We all know that death awaits, chronic pain brings the prospect into fierce focus.  The ill person searches constantly for an answer of some kind.  The problems rarely are not top of mind.  Beyond the physical there are a host of other anxieties as well.  The financial and social costs are unavoidable and add to the burden.  The loss of autonomy, the loss of community, the isolation that accompanies having too little energy to engage, all add sad color to the future that the patient envisions for themselves.  The insecurity that this new person feels in old relationships strains them as the common frame of reference and experience that bonds us has shifted.

For Jeanie the sense of being "other" subtly pushed her into secrecy and withdrawal from all but a few.  She felt that she wasn't safe to discuss her situation except with her doctor and those contacts were too brief and mostly burdened her sense of hopelessness. Loved ones try their best but even they can never fully know the experience. They know that the illness makes every day a little harder but most don’t know that it is surprisingly common. It is estimated that 6o% of us live with at least one chronic condition.  It is no doubt true that life itself must come with illness and chronic conditions, but it is an unfortunate commentary on our modern society that so much of it results from unwise lifestyle choices.  The lack of effective dialog about the challenges and causes of chronic illness, such as liver diseases like NASH, is one of the problems that the Foundation seeks to engage.

Jeanie lost her battle with liver disease as a young women. Like an increasing number of us she suffered from an avoidable illness brought on by an unhealthy lifestyle and her death was hastened by a failure to get a proper diagnosis and the help she needed to manage the disease and the depression that came with it.

I dream of Jeanie because I see the thousands who follow in her footsteps.  Wellness isn't an accident. The miracle that is your body mostly works.  The tragedy comes when we carelessly squander that miracle.  For those not lost to accident or violence chronic illness awaits and each of us decides how we want to play the game.

If you are a patient her story is likely one that you understand. If you are not, and have no idea of your status you might start by considering a few simple tests which are not medical but can help you understand your risk of liver disease.  We offer these along with a lot of education on the website.

Click Here Noninvasive testing is a way to start.

More broadly, we should all support early screening for advancing but asymptomatic disease, better education about how things work, and better support for those in need.  Our current system is not kind to many of our companions on this train.  If you would like to help you can donate to the foundation here.

If you know of someone who is ill and struggling, reach out. Just being acknowledge is often a great help for those who must fight for each day.

We hope you are well