Reflections on a small world and silent disease

Last year I wrote about an experience I had while out jogging.  I persist in believing that the doctors know what they are talking about regarding exercise and liver disease so it is a subject that comes up from time to time. For anyone who is interested in the challenge of self image versus father time, here is a link to that earlier item which you might relate to. 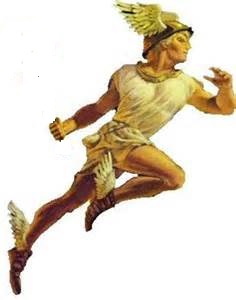 I was out on the greenbelt yesterday and there is a nice spot near the river where people like to stop and rest or reflect. I had stopped there and a young woman came running along and also decided to take a break.  Surprisingly, she recognized me as the old guy that she had passed last year and we had a few chuckles about the event.

Coincidences began to rain down upon us.  It turned out that when I told her what I did with the foundation she burst into tears.  Try to respond to that with a strange woman.

The story almost mirrored my own.  Her father had just been diagnosed with cirrhosis which struck him without prior symptoms.  He was sent to the same transplant clinic I go to and had been told that he had end stage liver disease and liver cancer on top of it.  The family is in shock and she had gone running to try to quench the fire of her fear for her father for a time.

Other than the unexpected overlap by chance of our lives on a running path, our stories are really quite common.  Liver disease is mostly silent until it is too advanced to do much about it and it typically marks the beginning of a long painful fight against an implacable enemy that we have few weapons against.

That is what has led us, through the foundation, to advocate for early screening for liver fibrosis. Here is a little information if that project is of interest to you.

What if you had a liver disease but no one told you until it is too late?

The numbers to remember, 100 million of us have fatty livers, of those 20 million have NASH, and 5 million have undiagnosed cirrhosis.  A lot of families will be hit with this until we can develop better habits and treatments.  The key is clinical trials but first we have to do the testing to identify people at risk.  We invite you to pass this along and help educate others.